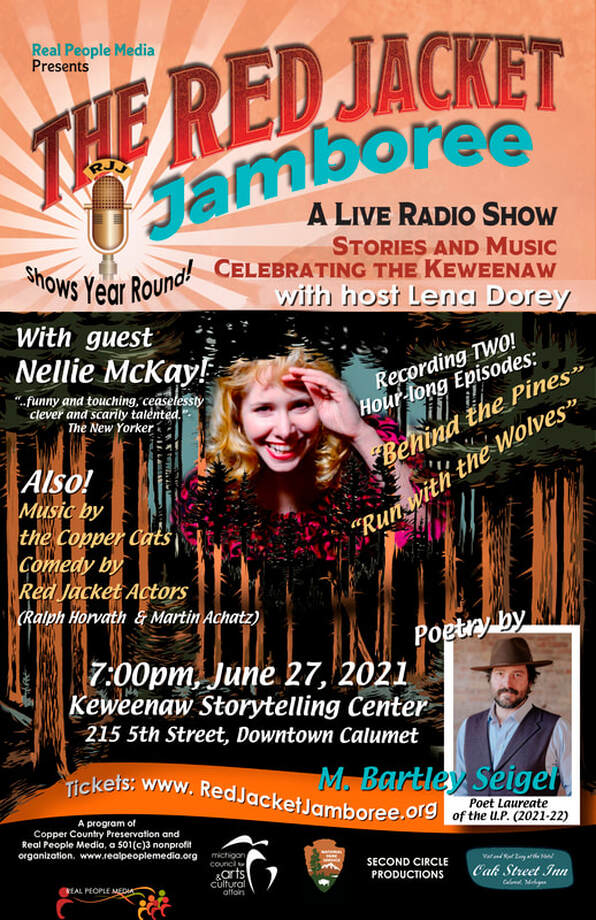 “McKay comes on as a Harlem Holly Golightly, a social activist with a disarming mastery of pop vernacular.”
– Los Angeles Times
“…a sly, articulate musician who sounds comfortable in any era”
– The New York Times
“..ambitious, intriguing and clever..”
​– Billboard
“..funny and touching, ceaselessly clever and scarily talented.”
– The New Yorker
​“The one thing certain about Ms. McKay is the size and range of her talent..”
– The New York Times
​Nellie McKay exploded on the music scene in 2004 with her debut double album, "Get Away from Me."  Since then, she's released 6 more albums which range from classical jazz standards to her original tunes which showcase her quick wit and comedic style.

Nellie’s music has been heard on Mad Men, Boardwalk Empire, Weeds, Grey’s Anatomy, NCIS, Nurse Jackie, and SMILF, and she has appeared on TV shows including The Late Show with David Letterman, Conan, Ferguson, and The View.  Nellie has made numerous radio appearances on NPR’s Mountain Stage, A Prairie Home Companion, eTown, and Marion McPartland’s Piano Jazz.  The Chase Brock Experience produced a ballet of her third album, Obligatory Villagers, and she contributed the forward to the 20th anniversary edition of The Sexual Politics of Meat.  Her writing has also appeared in The Onion, Interview and The New York Times Book Review. ​

She has won a Theatre World Award for her portrayal of Polly Peachum on Broadway in The Threepenny Opera, performed onscreen in the films PS I Love You and Downtown Express, and her music was used in Rumor Has It, Monster-in-Law, PS I Love You, Gasland, Last Holiday and Private Life.

McKay co-created and starred in the award-winning off-Broadway hit Old Hats and has written three acclaimed musical biographies – I Want to Live!, the story of Barbara Graham, third woman executed in the gas chamber at San Quentin, Silent Spring: It’s Not Nice to Fool Mother Nature, an exploration of environmental pioneer Rachel Carson, and A GIRL NAMED BILL – The Life and Times of Billy Tipton, named one of the Best Concerts of 2014 by The New York Times.  Her latest lady bio is The Big Molinsky – Considering Joan Rivers (“unpredictable, thrilling…sardonic wit..” – The New York Times).

A recipient of PETA’s Humanitarian Award and the Humane Society’s Doris Day Music Award in recognition of her dedication to animal rights, Nellie is an annoyingly vocal advocate for feminism, civil rights and other deeply felt progressive ideals.  She is currently part of the campaign to get horse-drawn carriages off the streets of New York City.  She would like to be friends with Russia, the country with the most nuclear weapons in the world.  We must all be very kind to one another. 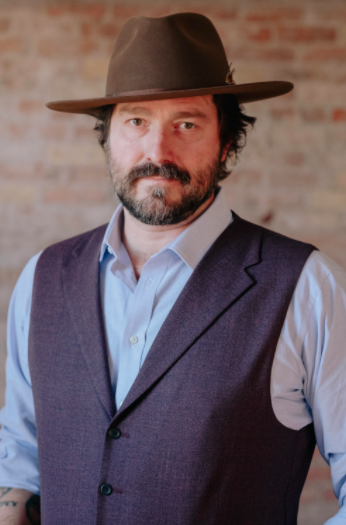 M. Bartley Seigel lives in the Keweenaw Peninsula, in Michigan’s western Upper Peninsula, in Ojibwe homelands and Treaty of 1842 territory, on the shores of Lake Superior. He received his MFA from the Pennsylvania State University, University Park, and a BA in Journalism from Eastern Michigan University in Ypsilanti, Michigan. He is the author of This Is What They Say(Typecast Publishing, 2013), and is founding editor-in-chief of the new poetry letterpress, Simple Machines Magazine, and founding editor emeritus of PANK Magazine, which he co-edited with Roxane Gay from 2006-2015. He is Associate Professor of Creative Writing and Writing Center Director in the Department of Humanities at Michigan Technological University. He is the 2021-2022 poet laureate of Michigan’s Upper Peninsula. In 2021, he received an Academy of American Poets Laureate Fellowship.