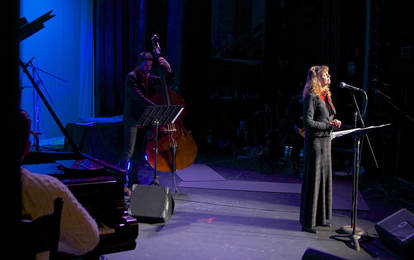 Peg Carrothers was born and raised in "Nordeast" Minneapolis. Her musical training began as a young child, learning songs from the family for every season and occasion, singing in church, and harmonizing out the window with her mother whenever a rainstorm was brewing.

​Her love for song and a music scholarship led her to pursue a music degree at St Catherine’s College and finish up at the University of Minnesota, studying in the classical opera tradition before vocal jazz was a developed curriculum.  It was during these early college years that she met Bill Carrothers, who suggested Frank Sinatra and Billie Holiday for her thirsty young jazz ears. Turning to the jazz community, she built a standard repertoire, performing in local venues with many talented musicians. Along with Bill Carrothers she's shared the stage with Dean Magraw, Chris Bates, Jay Epstein, Jacqueline Ferrier-Ultan, Adam Linz, and others and is featured on cellist Matt Turner's CD, "The Voices That Are Gone" (Illusions). ​ 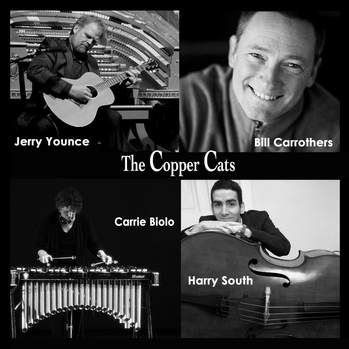 Harry South - bass
Harry South began performing music in Flint, MI at the age of 14. After a few years of playing electric bass in rock bands his ear was drawn to the sound of the upright bass. Upon arriving in Marquette, MI in 2007 he began study upright bass in earnest. Harry enrolled in the music education program at Northern Michigan University and graduated Summa Cum Laude in 2013. In college he studied classical styles and supplemented his income by playing gigs and teaching music lessons. Harry student taught under esteemed orchestra director, Janis Peterson, and remains involved in Marquette's orchestras. He has a successful private lesson studio and directs an after school strings program for 4th and 5th graders in the Marquette public schools. Harry has maintained several weekly gigs since 2013 and frequently plays with singer/songwriter, Michael Waite. Harry's future plans are to continuing honing his teaching and playing skills in Michigan's beautiful Upper Peninsula.
​ 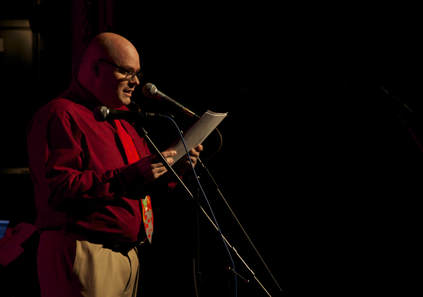 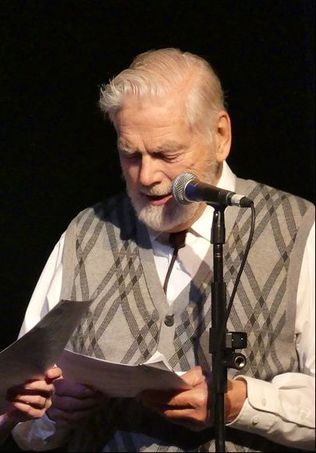