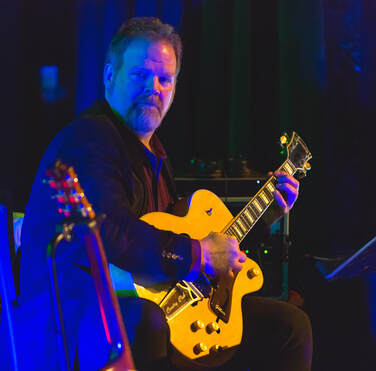 Jerry Younce - guitar  (Music Director)
Not only does Jerry  bring his superb musicianship to the program, he directs The Copper Cats and overseas all aspects of the audio recording and mastering. As a professional guitarist, Jerry has performed Jazz, Rock, Top 40, and Country music in show bands and various musical groups during his 30+ year career as a musician.  When not performing at The Red Jacket Jamboree, he performs with his son in Younce Guitar Duo, an acoustic improvisational collaboration inspired by jazz, fusion, and world music. View video of Younce Guitar Duo. ​ 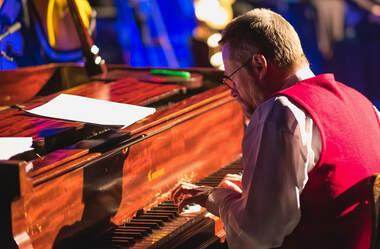 Bill Carrothers - piano
A native Minnesotan, Carrothers and has lived in Michigan's Upper Peninsula for nearly 20 years. He is an acclaimed jazz pianist and composer who has been featured in top ten lists published by Jazz Magazine, Le Monde, and JAZZIZ Magazine. Down Beat called him "a probing, intelligent player" with "a beautiful touch and a wide stylistic range" who "never sounds less than a musician who thinks on his feet and channels emotions freely."  In 2004, ​Carrothers was awarded the Grand Prix du Disque for Jazz and was nominated for the Les Victoires du Jazz (French Grammy Award equivalent) in 2005 and 2011. When not performing, Carrothers is a lecturer of music at Lawrence University (bio) 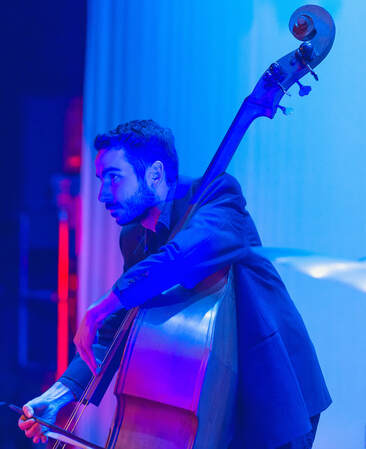 He is an active member of Marquette's orchestras and performs regularly with singer-songwriter Michael Waite and other musical ensembles.  He has performed on The Red Jacket Jamboree since October 2017. 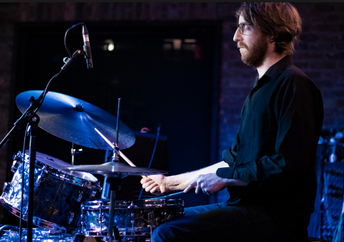 Jonathan Taylor is a percussionist, composer, and improviser based in Detroit, Michigan. An avid collaborator, he co-leads a number of projects, including the art rock quartet saajtak, electro-acoustic duo Says Things, and Teiku, which reimagines his family's ancestral passover melodies in a Creative Music context. His original music, described as "A balance between form and freedom" and "music for both the head and heart," by All About Jazz, was featured at Edgefest in a modular suite of Taylor's graphic scores. He has performed with such luminaries of Black American Music as Wadada Leo Smith, Tomeka Reid, John Lindberg, Jaribu Shahid, and Michael Formanek, and maintains study in North Indian Classical Music.
An old-time radio variety show sharing history, music and stories of Michigan's upper Peninsula. Educational and entertaining for the entire family